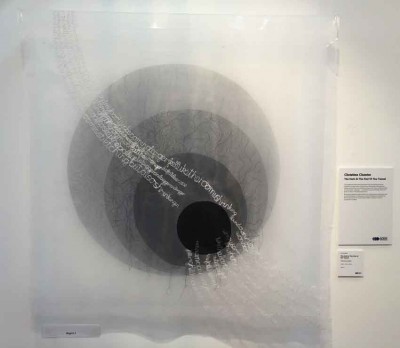 What a year! I had a fantastic time in my gallery at Festival of Quilts, with several new pieces showing alongside some that had been shown in juried galleries elsewhere.

I completed ‘Alice’ – proper name The Dark at the End of the Tunnel – and was delighted with the result.

And I completed my Masters degree. Don’t quite know how I managed to fit everything in  – what do they say about giving a task to a busy person!

I was really pleased with the ‘Alice’ piece which had proved to be a simple concept but very hard to achieve. After the trials of the 4 black circles which, because of stupid errors ended up by being 6 circles (I have 2 spare for a rainy day), and then the machine lace words constantly twisting and dissolving out of shape, I then ended the process by breaking several of the battens on the last day of stitching! 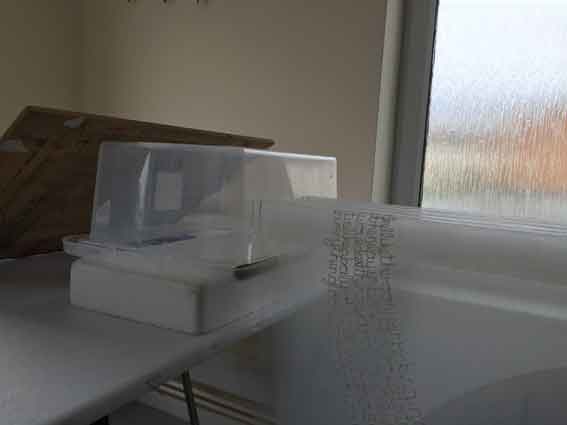 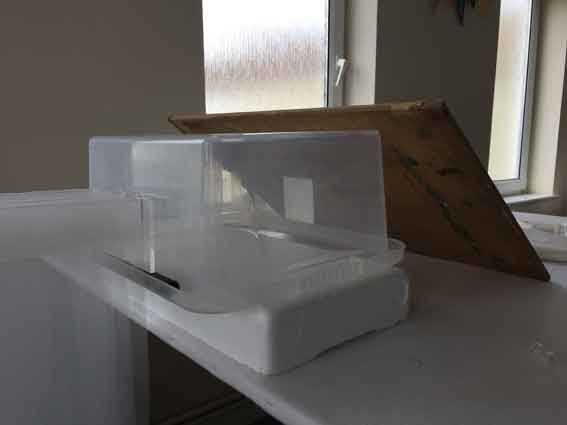 As I was stitching the first 2 layers together using the machine lace words I had made, I needed to hang the layers to get the distance correct between the layers. So I had to rig up something high enough (using my studio print benches) and stable enough (using plastic boxes weighted with drawing boards) to balance the acrylic bracket on so that I could then slot in the acrylic battens.

I sat on the floor and stitched each line of stitching between the back of layer 1 to the front of layer 2, matching them up to the ends of the lines which I had already stitched on to layer 1. That was all very awkward but I was very careful about the way I moved around the work.

All was going well until right at the end. I was lifting the battens out of the bracket and one end of the bracket slipped off the box and as it tipped, although I caught it, the battens  were already partly out and so the ends snapped off on 3 of them…. 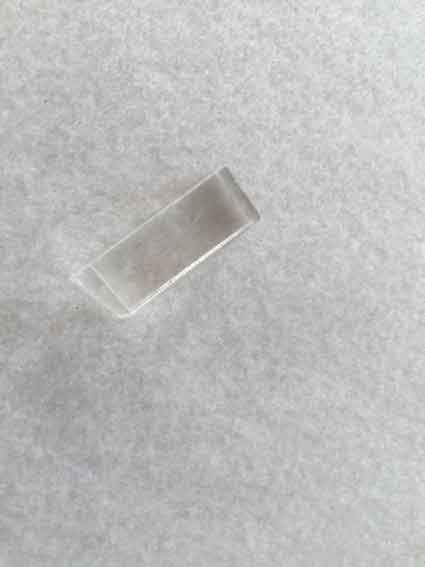 Oh no – and the front of the bracket snapped too. I was horrified. I went home and had a very large glass of G&T with a very good friend who happened by quite by chance, and suffered me raging about my incompetence.

I did have enough time where I could have got another bracket made, but the layers were glued to the battens so they hung over the front of the clear plastic bar and nothing interrupted the view of the transparent fabric. So I went and got some superglue and mended the acrylic battens and bracket and decided that I had to hang it when it went to Festival as I would not want to give that responsibility to anyone else! 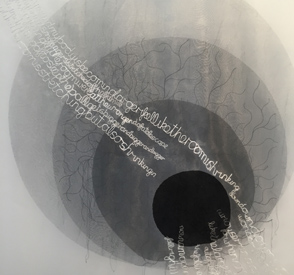 I hope that one day I get the opportunity to hang ‘Alice’ again as I was very happy with the result.

I am still working on dementia – I don’t think I will ever run out of my emotional connection for this topic but I am now also working on a piece about the sound of the waves on the beach which I hope to hang in a gallery at Knitting & Stitching Show 2016 with a group I am a member of: un.FOLD. So watch this space for updates on that project and our exhibitions.